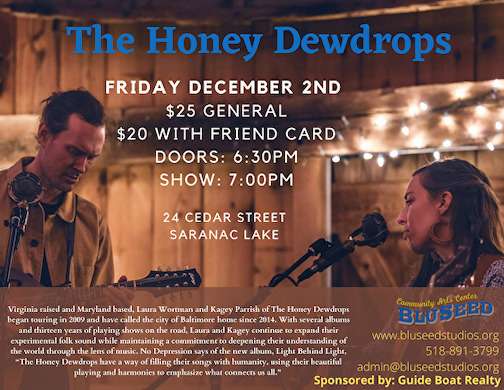 Virginia born and Maryland based, Laura Wortman and Kagey Parrish of The Honey Dewdrops began touring in 2009 and have called the city of Baltimore home since 2014.

With several albums and thirteen years of playing shows on the road, Laura and Kagey continue to expand their experimental folk sound while maintaining a commitment to deepening their understanding of the world through the lens of music. No Depression says of the new album, Light Behind Light,”The Honey Dewdrops have a way of filling their songs with humanity, using their beautifulplaying and harmonies to emphasize what connects us all.”