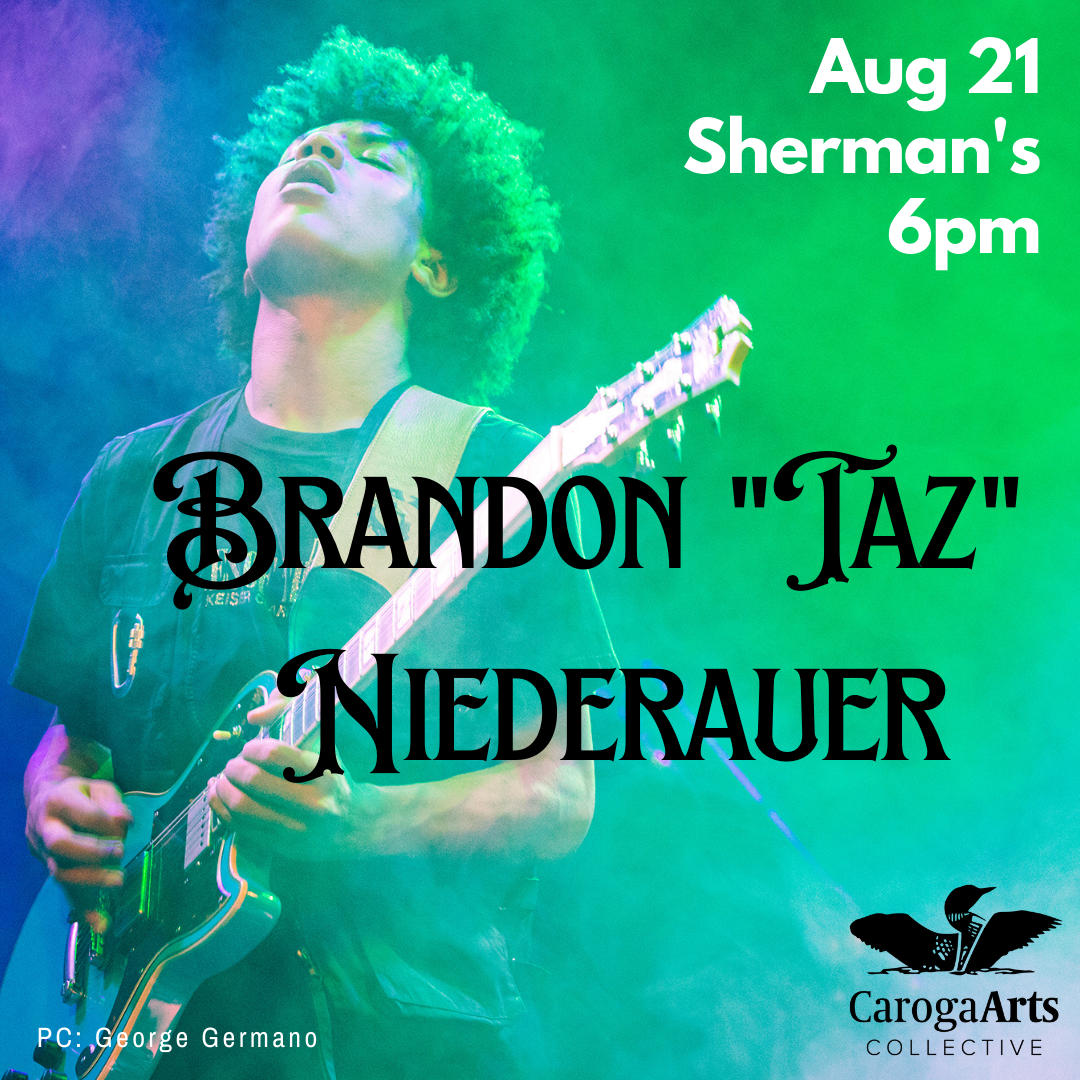 Brandon “Taz” Niederauer
About this event

Brandon “Taz” Niederauer with opener Quinn Sullivan
August 21, 2022 | 6:00pm
Quinn Sullivan 6-6:45pm
Brandon “Taz” Niederauer 7-8pm
Sherman’s Park
Sponsored by Zash
We are excited to be working in tandem with other community events on August 21 including the Wheelerville Bike Trails Festival and Caroga Arts Golf Tournament.
General admission tickets are free for students 17 and under. The concert will happen rain or shine, with no refunds for inclement weather.
Eighteen-year-old Brandon Niederauer, nicknamed “Taz” for his ferocious guitar playing, is living proof that dreams really do come true. Having performed in some of the most legendary venues in America with many of the most prominent musicians of our time, the young guitarist, singer, and songwriter has already earned himself quite the reputation.
This spring, 22-year-old singer, songwriter, and guitarist Quinn Sullivan is set to release WIDE AWAKE, his new studio album, via Mascot Label Group/Provogue.
A rare artist who’s always sounded older than his years, Sullivan has been touring the world since he was 11-years-old, playing storied venues such as Madison Square Garden, the Hollywood Bowl and RFK Stadium in Washington D.C., as well as India’s Mahindra Blues Festival, Eric Clapton’s Crossroads Guitar Festival, and three Montreux Jazz Festivals. Quinn has shared the stage with his hero and mentor Buddy Guy, as well as Carlos Santana on several occasions. Quinn’s performance experience includes appearances on leading national television programs such as The Ellen DeGeneres Show, Late Night with Jimmy Fallon, Conan, and The Oprah Winfrey Show, to name a few.