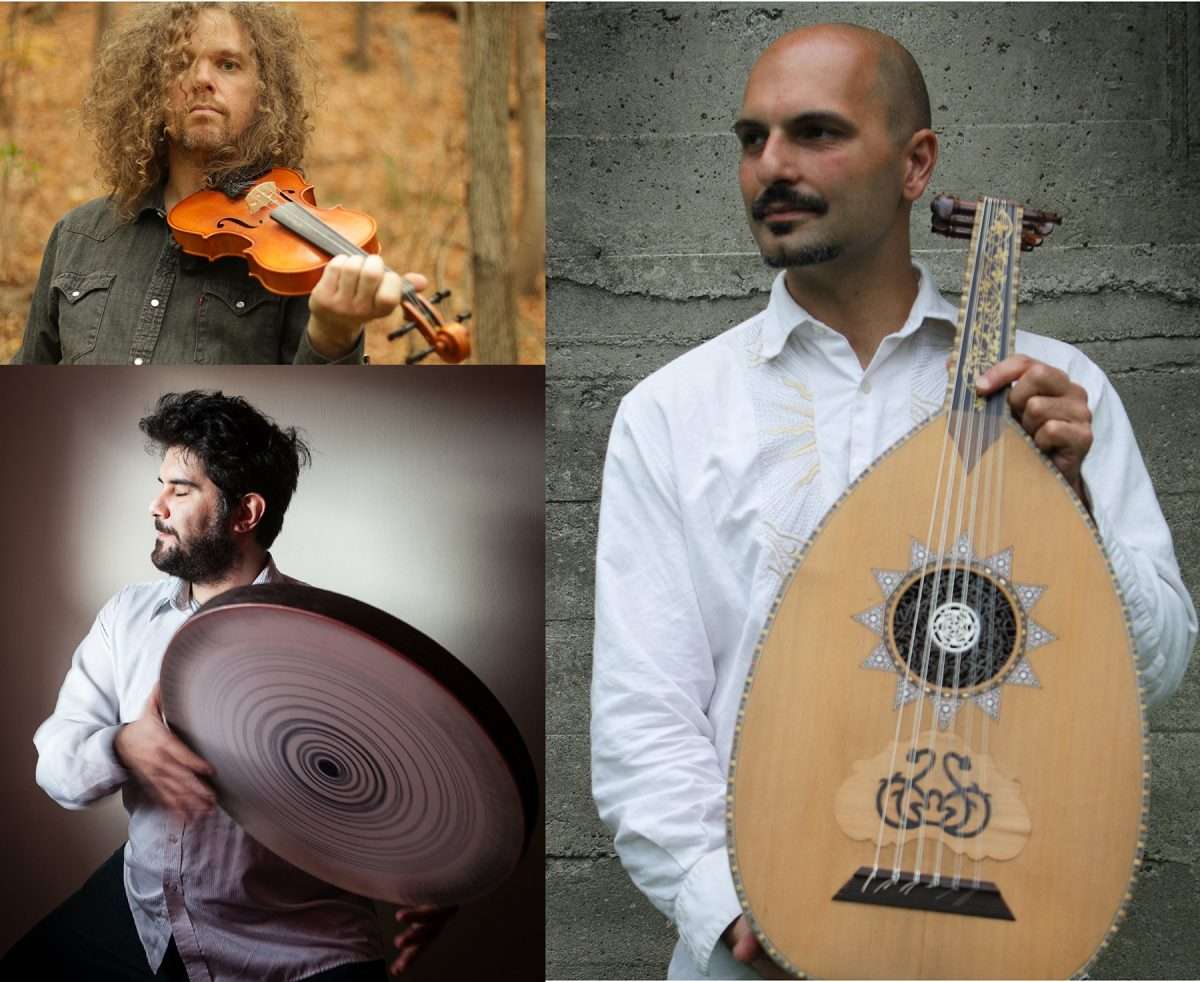 Presented by Hill and Hollow Music.

The Dara Anissi Ensemble has deep roots in Middle Eastern culture. Two of its members, Dara Anissi and Martin Shamoonpour, hail originally from Tehran, Iran. The third member, Nikolai Ruskin, originally from San Francisco, has made a lifetime study of Middle Eastern music. The trio now resides in Ithaca and Brooklyn, New York, both places hotbeds of diverse genres of music and creativity. They have been inspired to create a new body of work which they are eager to share, along with ancient traditional tunes.