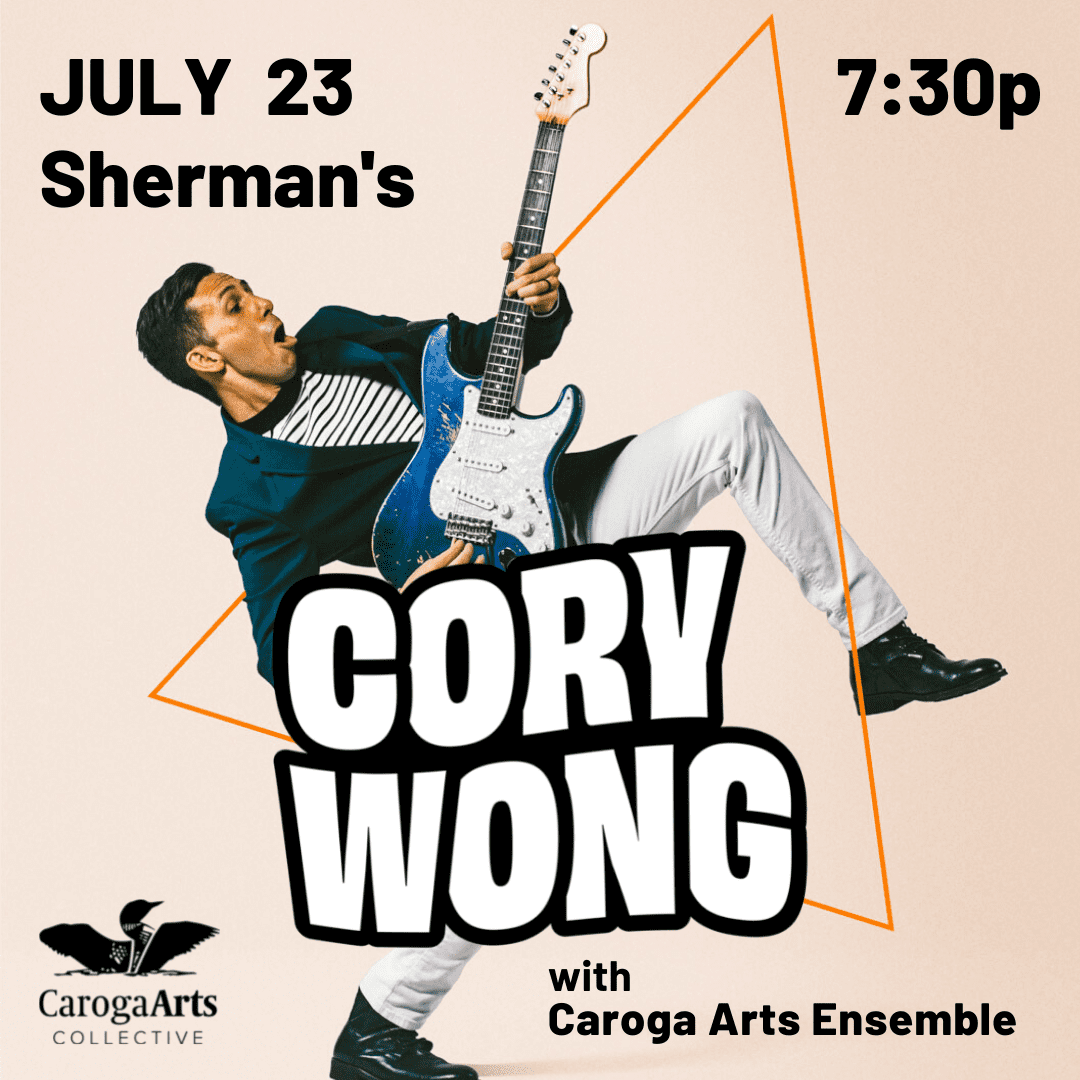 Cory Wong with Caroga Arts Ensemble / Mike Block Trio
July 23, 2022 | 7:30pm
Sherman’s Park
Sponsored by Zash
General admission tickets are free for students 17 and under. The concert will happen rain or shine, with no refunds for inclement weather.
Due to limited chairs onsite, we encourage you to bring a lawn chair and enjoy a night of live music in the beautiful Sherman’s Amusement Park! Seating will be provided for those who purchase a “Reserved Pavilion Seating” ticket.
About the Artist
Cory Wong is a Grammy-nominated American guitarist, bassist, songwriter, podcast-host, and producer based in Minneapolis, Minnesota. He has released several works as a solo artist and in partnership with others. His background spans several genres including jazz, rock and funk.
Mike Block is a pioneering cello player, singer, composer and educator, passionate about cross-cultural collaboration through music, and committed to inspiring individuals and connecting communities. Acclaimed by the New York Times for his “vital rich-hued solo playing”, and “a true artist… a sight to behold” (Salt Lake City Desert News), Mike Block “is one of the bravest, most intriguing musicians on the American fusion scene.” (Gramophone). Mike’s solo show offers a rich mixture of classical repertoire, folk music, original compositions and songs. Collaborative projects include a duo with Indian tabla player Sandeep Das, a 6-piece American/African fusion band co-led with Malian balafon player Balla Kouyate, and the Mike Block Trio, featuring Joe K. Walsh (mandolin) and Zachariah Hickman (bass). Since 2005, Mike has been a member of Yo-Yo Ma’s Silk Road Ensemble, with which he has been featured as a cello and vocal soloist, contributed arrangements and compositions, and earned a Grammy Award in 2017 for their album Sing Me Home. Mike has been invited to perform as a concerto soloist with the Illinois Symphony, The Knights, China National Philharmonic (Beijing), Shanghai Symphony and Guangzhou Symphony Orchestra, and has collaborated in performances and/or recordings with Stevie Wonder, The Eagles, Bon Iver, Will.i.am, The National, The New York Philharmonic, Bobby McFerrin, Allison Krauss, Rhiannon Giddens, Mark O’Connor, Rachel Barton Pine, Edgar Meyer, Julian Lage, and many others.