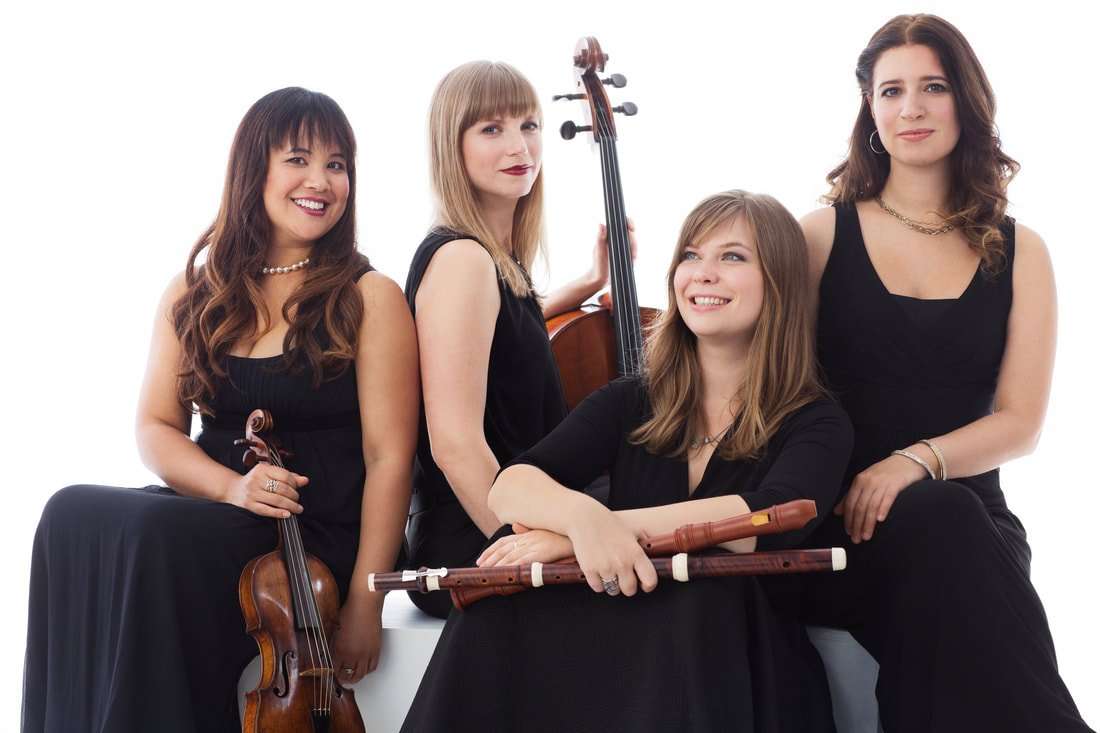 The prize-winning Montreal ensemble, Infusion Baroque, performs their signature program “Virtuosa” on the Hill and Hollow Music series Sunday, March 13 at the Saranac Methodist Church on Route 3 in Saranac. The program features music by women composers of the 17th and 18th centuries and will be performed on historical instruments: flute, violin, cello, and harpsichord. The quartet gives a pre-concert talk at 2:15 pm with the concert following at 3:00 pm. Audience members must be vaccinated and masked. Admission is a suggested donation at the door: $15 general, $12 seniors, $5 students, children under 12 attend free. Further info: telephone 518-293-7613, e-mail ambrown.hillholl@gmail.com or visit www.hillandhollowmusic.org.

Their latest album, a world-premiere recording of quintets by Georg Anton Kreüsser, was nominated for an Opus Prize by the Conseil Québecois de la musique. Fanfare wrote, “the playing of these musicians … is superb. They play with a liveliness and unforced energy that seems to grow naturally out of the music… combining spontaneity and abandon with technical perfection.”

For several years Infusion Baroque has been exploring the lives of historical women in music. Fascinated by their discoveries through extensive research, they developed the Virtuosa Project around women who made significant musical contributions despite considerable barriers and stigma. Their March 13 concert highlights works by Barbara Strozzi (1619-1677), Anna Bon (1738-1769), Wilhelmine von Bayreuth (1709-1758), Maddalena Lombardini Sirmen (1745-1818) and Élizabeth-Claude Jacquet de la Guerre (1665-1729).