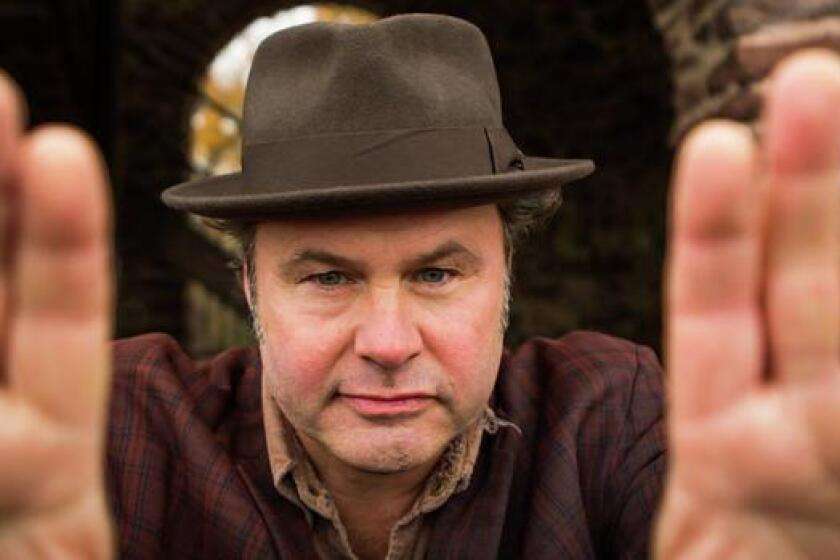 Martin Sexton released his tenth studio album this year…
and is touring with what Rolling Stone calls his “soul-marinated voice,” acoustic guitar, and a suitcase full of heartfelt songs. The latest release (2020 Vision) is produced by three-time Grammy-nominee John Alagia with John Mayer guesting on guitar.

Headlining venues from The Fillmore to Carnegie Hall, Sexton has influenced a generation of contemporary artists. His songs have appeared in television series such as Scrubs, Parenthood, Masters of Sex and in numerous films, though it’s his incendiary live show, honest lyrics, and vocal prowess that keep fans coming back for a new experience every time. Sexton’s stated mission continues to be unity through music with a commitment to sharing peace and harmony through song.

About Martin Sexton
Singer-songwriter Martin Sexton is like an ultra-active antenna, adventuring through the static to grab a clear signal. When he dials in on one station, he then quickly shifts to the next one. This everchanging attention span drives his family crazy, but it’s ingrained in Martin, dating back to his childhood when he would tear through television primetime programming.

This ability to hone in on little defining moments suits Martin as a songwriter as evident by his latest EP, 2020 Vision. This is Martin’s first release in 6 years, and it is a poetically emotive and an elegantly evocative pandemic scrapbook. The recordings were tracked virtually during lockdown and produced by three-time Grammy-nominee John Alagia, best known for producing John Mayer’s breakout album, Room For Squares. Mayer, who has always championed Martin as a foundational influence, makes a special guitar solo cameo on one of the EP’s singles, “Calling on America.”