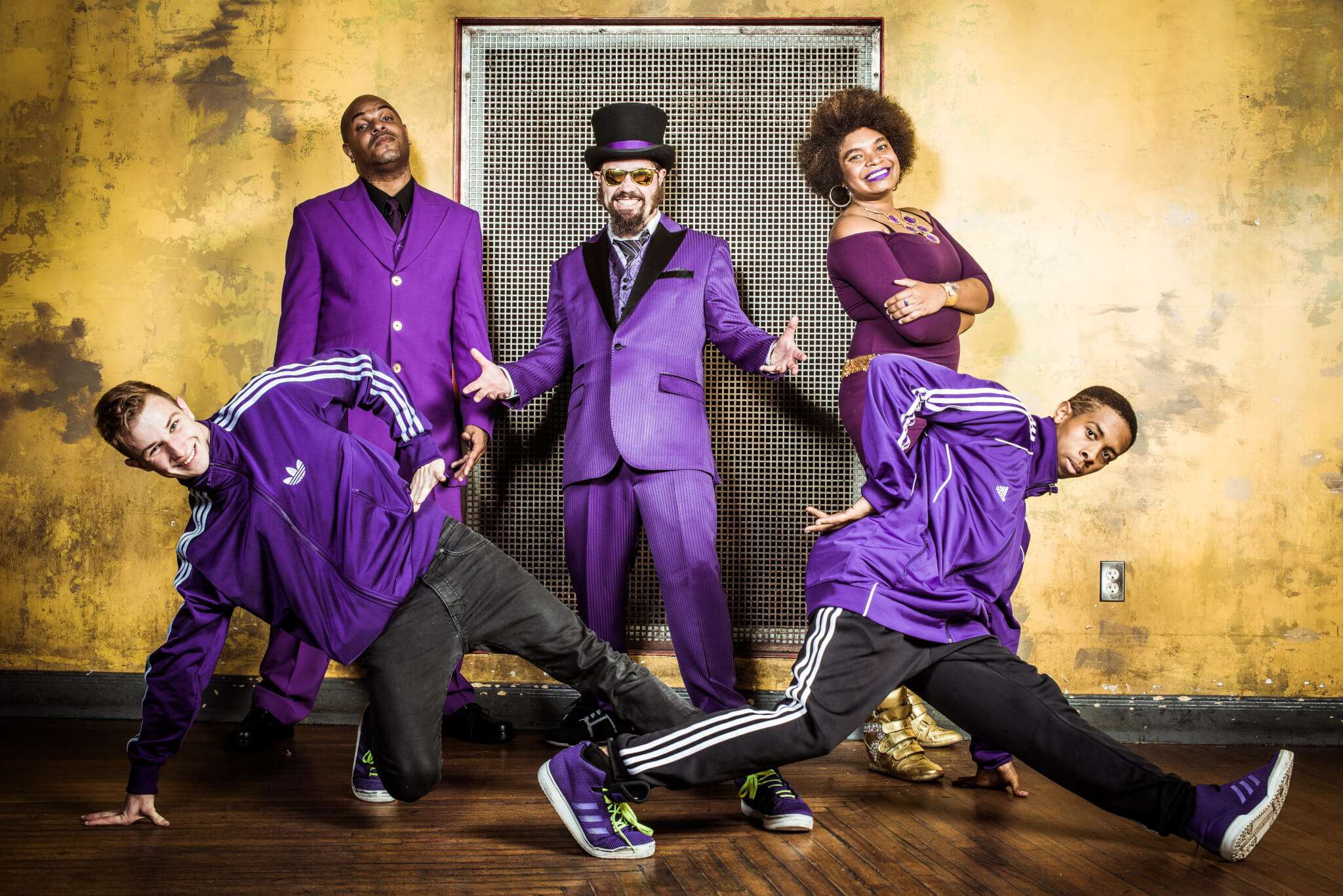 The ingredients of his magic spells include reverence for the boundless mindstates of young children, respect for the culture and DNA of hip hop, funk and soul music, and a deep belief in the power of the imagination to change the world in positive ways, both personal and universal. If you can imagine a band with Jim Henson on guitar, Shel Silverstein on bass and PIXAR as the lead vocalist, you’ve pretty much got it. And if George Clinton and Q Tip stopped by the party, that might clarify things even more. Basically, if Dr. Seuss and Dr. Dre had a baby, it would be the music of Secret Agent 23 Skidoo. Nuff said.

About The Secret Agency
The Secret Agency have played Lollapalooza, Austin City Limits, and the Smithsonian. They flew to Canada for the Winnipeg Folk Festival, and to India for the Buddy Daddy Family Festival. They got glowing reviews in TIME, USA Today, People, and a bunch of other magazines and stuff. They racked up a total of ten #1 hits on SiriusXM, and ended up on NPR’s All Things Considered twice. Their music videos are currently playing on NBC’s kids’ show Sprout House. And in 2014, they got nominated for a Grammy, and in 2017, they WON the Grammy for “Best Children’s Recording.”

As well as releasing six full length albums, two books, one record, a line of hot sauce, and an E.P. that combines the entire Asheville Symphony with beats and rhymes, 23 Skidoo has written and produced the music for the US Library’s Summer Reading Program for six years running. He been its official New York State spokesman in 2010 and its official Reading Champion in 2017, because books are awesome. And he’s taught countless kids to write their own rhymes in workshops across the country.