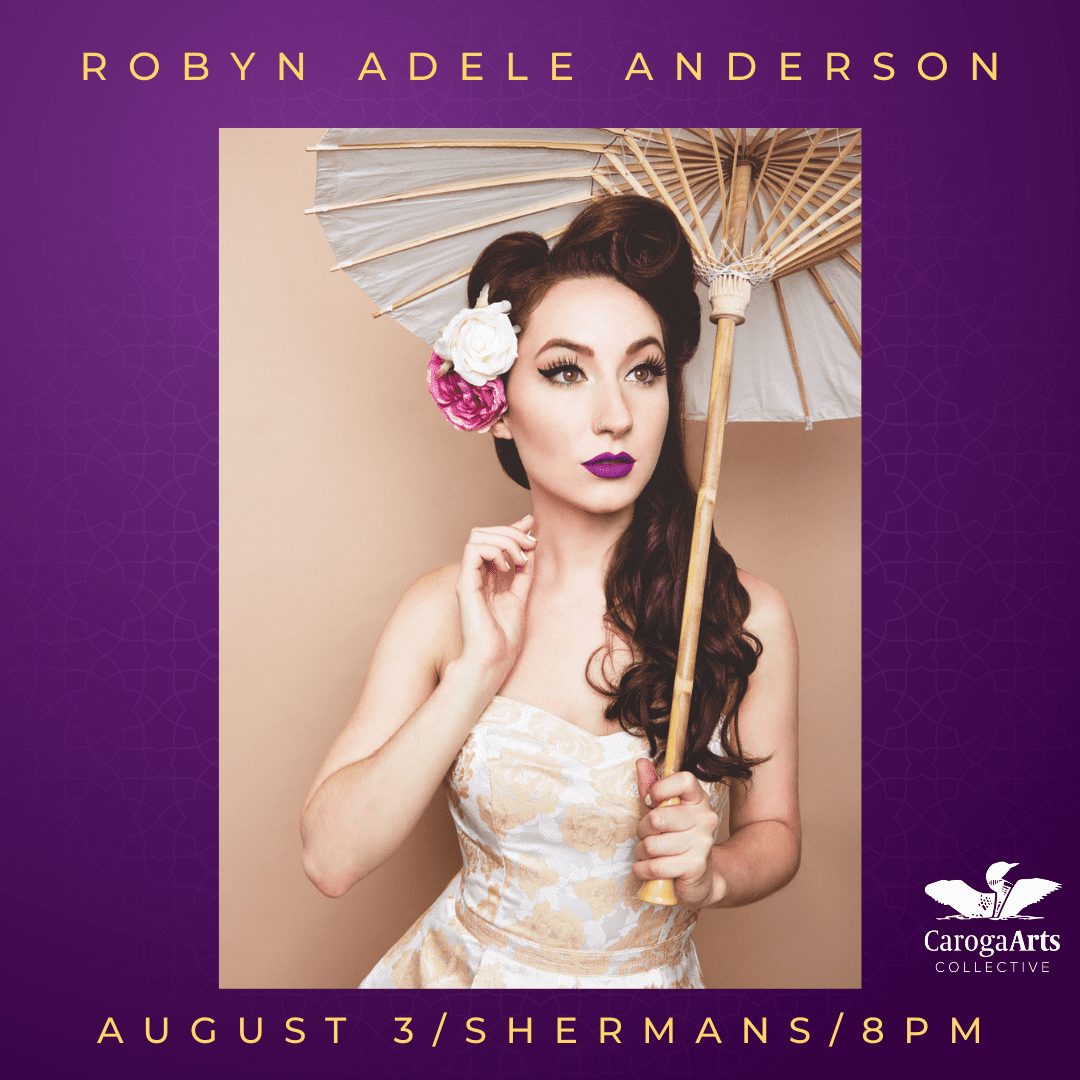 Robyn Adele Anderson is an American vocalist and stage actress based in New York City.
About this event

Robyn Adele Anderson
August 3, 2022 | 8:00pm
Sherman’s Park
General admission tickets are free for students 17 and under. The concert will happen rain or shine, with no refunds for inclement weather.
Robyn Adele Anderson is an American vocalist and stage actress based in New York City. She is a cast member and featured artist for Scott Bradlee’s Postmodern Jukebox with over 250 million YouTube views on her music videos.
About the Artist
Robyn Adele Anderson is a New York based singer, actress, and pin-up model. Her career swiftly shifted gears from working in the nonprofit sector to the arts when she crossed paths with the genre bending music collective Postmodern Jukebox. After several years of collaborating with the group, Robyn branched out to pursue a solo music project by performing covers on her own YouTube channel. She quickly gained notability for her creative arrangements and authentic recording style. Robyn’s most popular covers include swing versions of System of a Down’s “Chop Suey’“ and Nirvana’s “Smells Like Teen Spirit.” Across social media, Robyn has amassed over half a million followers and more than 250 million views on YouTube.
In addition to creating videos, Robyn performs live as a solo artist as well as with Postmodern Jukebox. She has toured on five continents and has made appearances on several TV shows including “Good Morning America,” “VH1 Morning Buzz,” and Australia’s “The Morning Show.” When not on tour, Robyn can be found both singing and acting in New York City’s immersive theater scene. She has starred in a variety of productions including Speakeasy Dollhouse’s “Ziegfeld’s Midnight Frolic” and “The Girl Who Handcuffed Houdini.”