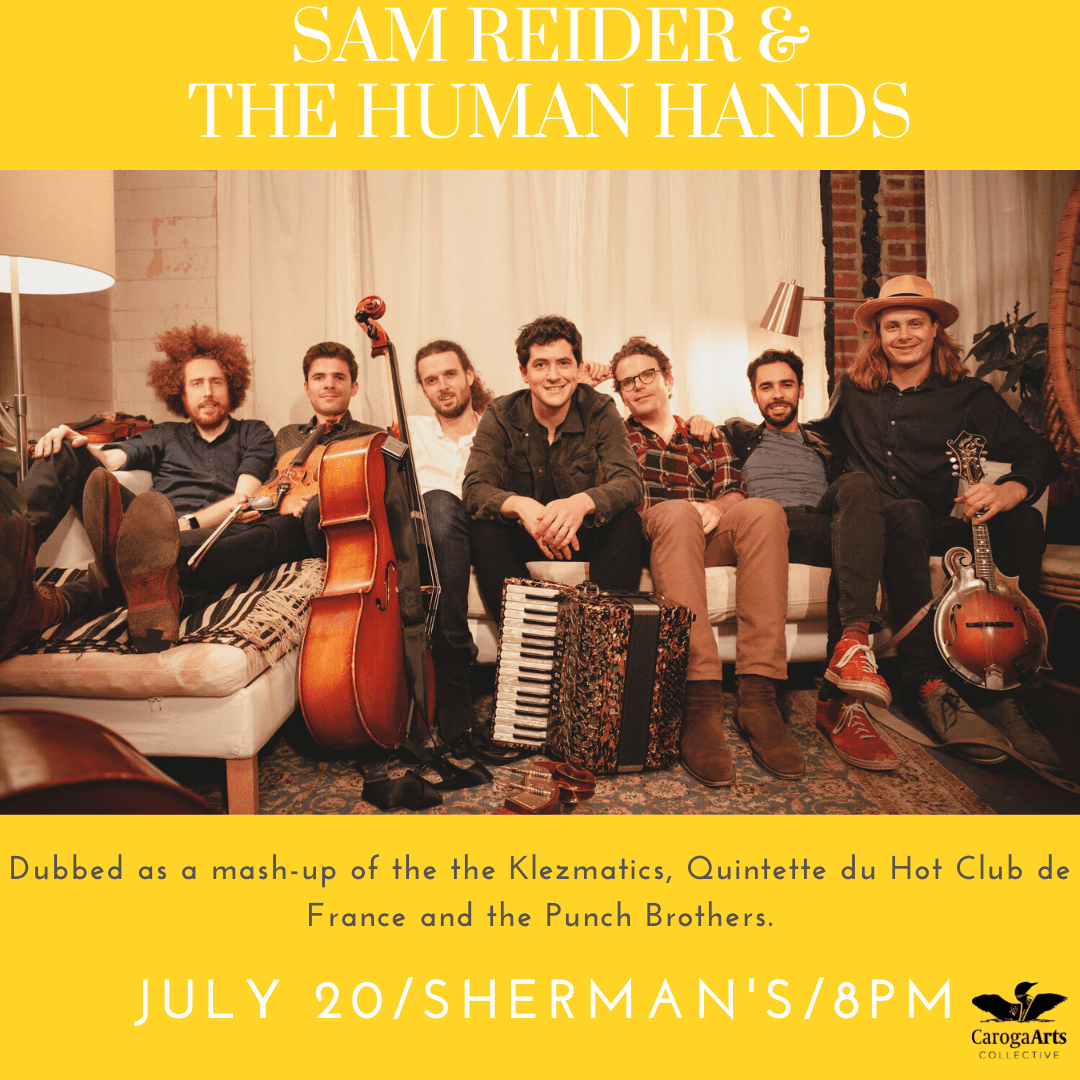 Sam Reider & The Human Hands
July 20, 2022 | 8:00pm
Sherman’s Park
General admission tickets are free for students 17 and under. The concert will happen rain or shine, with no refunds for inclement weather.
About the Artist
Irresistible melodies, fiery improvisation and otherworldly sounds collide in what Songlines Magazine dubbed “mash-up of the the Klezmatics, Quintette du Hot Club de France and the Punch Brothers.” The New York Times calls it “modern folk music with saxophone and accordion.” The Human Hands got their start playing regular late night sessions at well-known dives and venues like Brooklyn’s Barbes and Sunny’s, and Manhattan’s Rockwood Music Hall. The group has evolved into a 21st-century folk music orchestra featuring a rotating cast of some of the brightest names in jazz, bluegrass, classical, and world music.
Since the release of “Too Hot to Sleep” in 2018, Sam Reider and the Human Hands have toured throughout the US and UK, appearing at major venues and festivals like Jazz at Lincoln Center, Celtic Connections, and the Savannah Music Festival. Their most recent release, “The Human Hands EP” features 6 original compositions recorded and filmed live-to-tape in Brooklyn. These pieces feature several styles of music written for various ensembles: a solo piano prelude, a trio for accordion, violin, and octave-mandolin, and folk-infused compositions for 6 and 7-piece ensemble.
Tickets: https://www.eventbrite.com/e/sam-reider-the-human-hands-tickets-340235522607