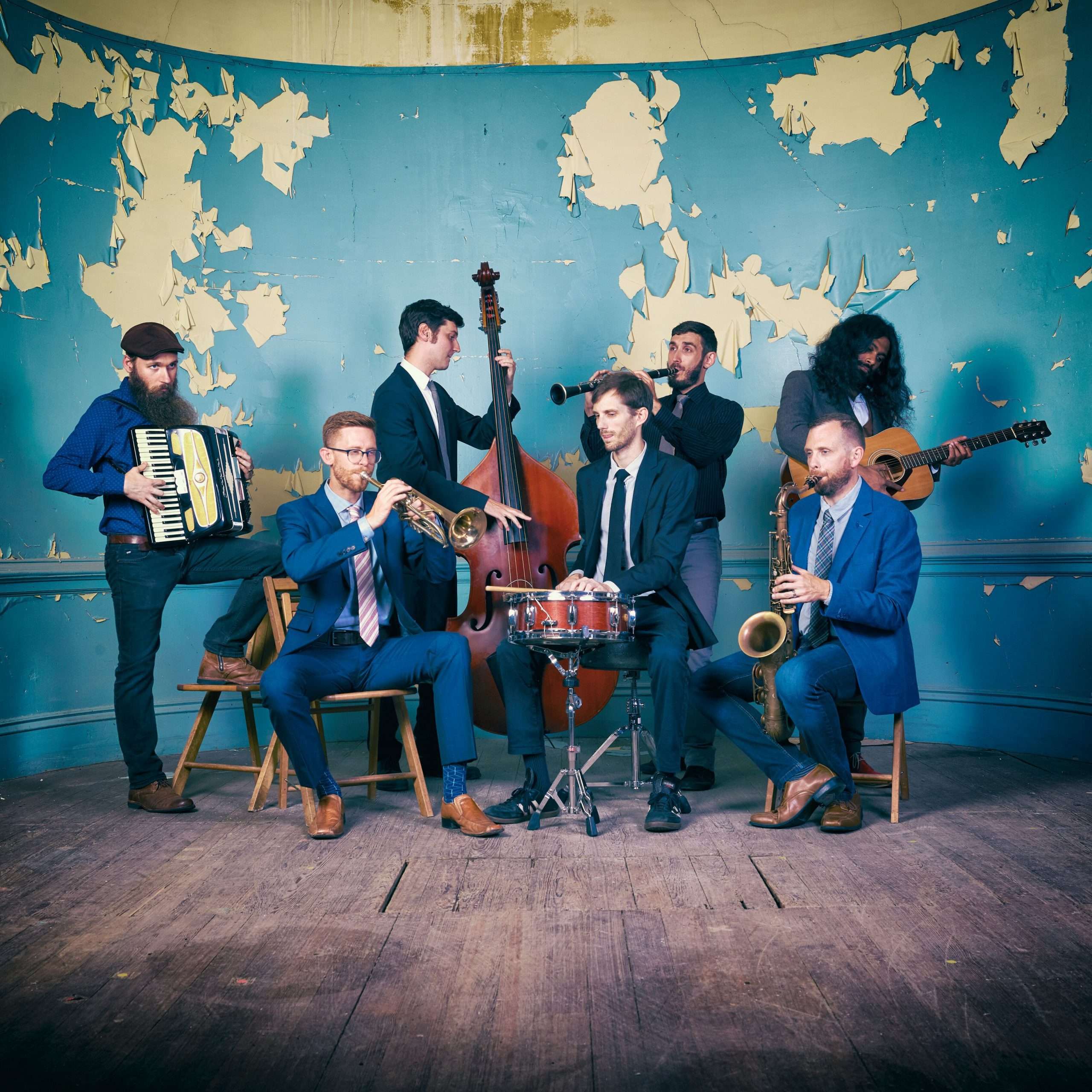 Soggy Po Boys
at Party on the Patio
Waterhole Music Lounge
Saranac Lake, NY
August 18th – 2022
6pm – 10pm
Music Starts at 7pm
FREE SHOW
21+
Outside
Party on the Patio features Free live music every Thursday night at the Waterhole from April 28th to October 6th.
48 Main St. Saranac Lake, NY
www.saranaclakewaterhole.com
Soggy PoBoys
The Soggy Po Boys, native to New England, have quickly become an institution. They are spreading the good news of New Orleans music across the northeast and beyond, playing at concert halls and street corners; music festivals and burlesque festivals; bars and libraries; wherever the party requires. Part of the beauty of New Orleans music is that it’s celebrated and appreciated wherever it goes, from the street to the theater.
The Po Boys formed in 2012 to shake the walls of a local club on a Fat Tuesday but have honed their sound and become more than a Mardi Gras centerpiece. Exploring the vast musical traditions of New Orleans and expanding their repertoire to look beyond NOLA jazz, the band includes traditional Caribbean tunes (it’s been said that New Orleans is the northernmost city in the Caribbean), as well as Meters funk, soul, and brass band / street beat music.
“…These guys have done their homework, worked it out on the bandstand and put in the hours in the studio. It all adds up to a party you can bring with you when you want to treat your friends to a real good time.” -Ben Schenck of New Orleans’ Panorama Jazz Band”.
There are a myriad of traditions that flow into New Orleans culture just as there are tributaries that feed the Mississippi, and the Po Boys are eager to explore what makes the music of New Orleans so damn special. You’ll hear the heavy influence of the New Orleans sound across the band and in the stories told by their original tunes. Despite the scope of its sound, the outfit is only seven people, and thrives on the interplay and group dynamics that bring this music to life.